Congratulations to RCAAE student members Aviya Naccarella and Lauren Szmalko on receiving first class Honours. Lauren’s project assessed the seed dispersal potential of many alpine species on the Bogong High Plains, under the supervision of Dr John Morgan. Aviya’s project exploring changes in alpine and subalpine treelines within the Victorian Alps under the supervision of Dr Susanna Venn and Dr John Morgan. Their theses are summarised below:

Seed dispersal is a vital part of a plant’s life cycle as it enables progeny to reach new sites that are suitable for burial, subsequent germination and survival into the next generation. Plant species vary dramatically in their ability to disperse, and this will have consequent implications for species to track changes in bioclimatic envelopes as a result of rapid changes in climate. Such responses are particularly acute for alpine species that are already near/at the cold edge range. In this study, understanding alpine plant species dispersal was addressed by first using building on published models to predict dispersal distance in Australian alpine plants, using a combination ‘soft’ and ‘hard’ plant traits (e.g. terminal velocity). Estimates of seed dispersal in the field were conducted using a novel seed trap to trap seed over one seed dispersal season. Seed dispersal models were improved by the inclusion of terminal velocity because because its inclusion in models affordedgreater discrimination in predicting species dispersal distance of many Asteraceae Seed trapping in the field detected 34% of species in the standing flora in traps, suggesting a capacity for either short or longer distance dispersal. One case of long-distance dispersal was found; the exotic daisy, Cirsium vulgare, is thought to have travelled up to 2 km before being captured. This study highlights that alpine seed dispersal is likely to be of the order of only a few metres for many species. Hence, their capacity to track climate change via dispersal is limited. However, if seed dispersal is not advantageous on top of alpine summits, then a better understanding of the implications for non-dispersal and vegetation change need to be quantified. 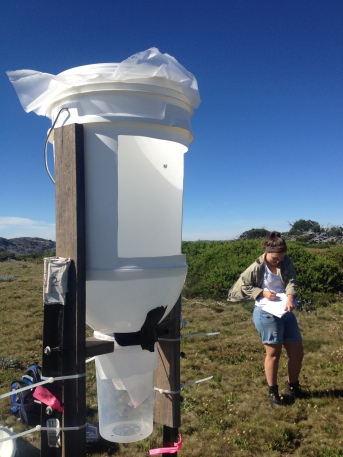 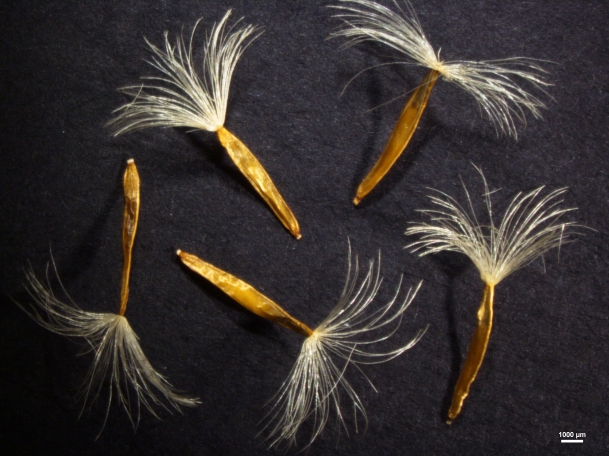 Aviya Naccarella – Comparative change in the spatial and temporal dynamics of alpine and subalpine treelines across the Victorian Alps, Australia

Treelines are one of the most conspicuous vegetation transition zones driven by the sensitivity of trees to low temperatures. Consequently, treelines are predicted to advance beyond their current position in response to rising global temperatures. Despite the prominence of treeline studies globally, Australian treeline studies remain underrepresented. A recent increase in bushfire occurrence (2003, 2007 and 2013) across the Victorian Alps has provided the opportunity to study the combined effects of rising temperature and fire frequency on alpine and subalpine treelines formed by Snow Gum (Eucalyptus pauciflora). This study used repeat photography dating back ~100 years, re-visitation surveys over the last ~20 years and dispersal modelling to assess temporal and spatial change. Treeline dynamics and woodland structure have remained relatively stable at landscape and local scales. There is continued recruitment of seedlings above treeline. However, high turnover of individuals suggests there are limiting factors impacting survival, such as competition, drought, frost. Bushfires had marginal effects on dynamics, with high survival. Two fires within ten years may have impacted recruitment processes in conjunction with site-specific influences. Overall, this study suggests the stability of Victorian alpine and subalpine treelines is likely due to a combination of limiting factors which continue to inhibit establishment and persistence of E. pauciflora above treeline. These findings resonate with global studies suggesting the influence of site-specific limiting factors are driving the variable response of global treelines to rising temperatures. 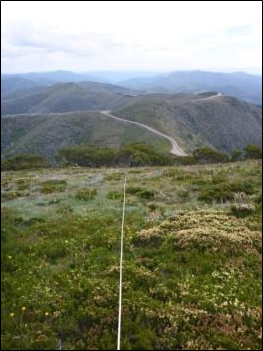 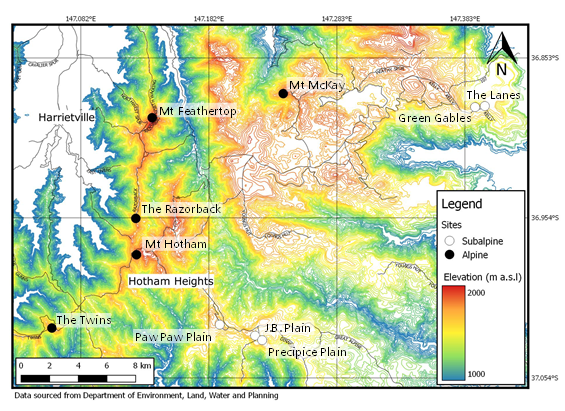